Inside Scoop - Week 3: Ready to Repeat

Inside Scoop is a weekly column about the operation of the Spartan Daily, San Jose State's student newspaper. 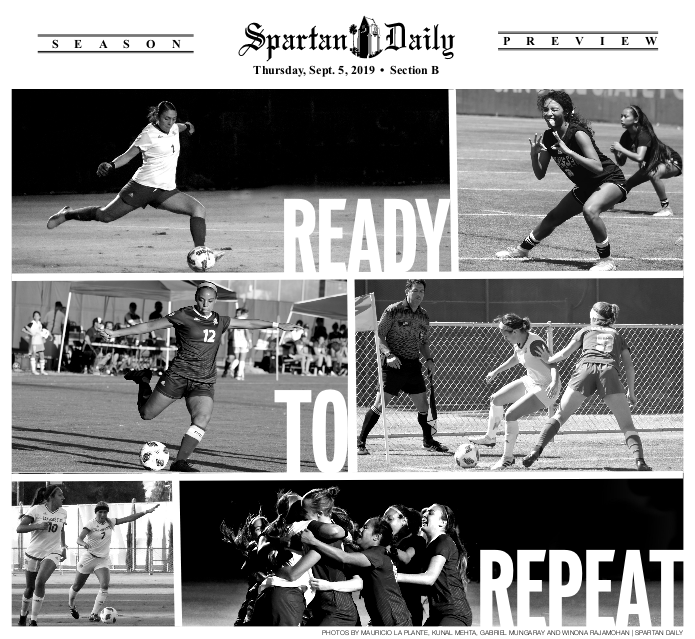 It was a short week, but we put out some goodish newspapers: Wednesday ("the Taco Bell issue") and Thursday ("the women's soccer issue").

Taco Bell is back in the Student Union, and honestly, for some students, it's going to be the biggest news story of the semester. We received some feedback that we should have featured some more serious/hard news issues (the CSU legal aid story on the right column for example) rather than Taco Bell. I think we did a decent job of balancing the coverage to ensure we weren't just advertising Taco Bell, a decent amount of the story discussed people saying they preferred the previous Mexican restaurant, describing it as more authentic.

We also brought back the crime blotter, which should be a regular feature going forwards. Aside from being a good space filler, it's also given us some interesting leads on other stories to look into.

One of the projects that we had discussed doing over the summer was a special sports preview, inspired by other college publications like the Daily Orange. We picked women's soccer early on because they've been on fire lately, and won the Mountain West championship last year. I'm going to write a separate post about the process we went through to put it together, but to keep it short, I'm rather pleased with how it came out, given the constraints and challenges we faced. And we're not the only ones who think that!

But because much of my attention that night was focused on finishing the soccer special, I don't think the rest of the paper was as high quality as it could have been. Some of our stories were off target, and didn't match the original pitch or even the headline. One thing I noticed last semester is that our Opinion "counterpoints" features need to be written for each other to have a good debate. These two were written independently, and totally ignore each other. That's not a problem with any of the writers, but how we're pushing the packaging.