Inside Scoop - The best student newspaper in California

In 2016, I made the decision to go back to school and pursue a degree in journalism. I had briefly dabbled in it in middle school, but really had no idea what I was getting myself into.

I started at De Anza College, as a member of the La Voz staff. After a quarter covering the student government beat, I moved up to serve as news editor. I regularly felt that putting out a paper every two weeks was incredibly difficult ... not realizing what was waiting for me at San Jose State University.

I spent the Fall 2018 semester on SJSU's broadcast program, Update News, mostly getting familiar with the campus. And then, in January 2019, I began my stint as a staff writer on SJSU's flagship publication, the Spartan Daily. I quickly learned that putting out a paper 3 days a week was basically a real job. Every moment I wasn't in class, I'd be running off to conduct an interview or finish typing up a story before my deadline. I started staying late as the editors put together the paper - I was fully hooked.

The Daily basically rotates staff every semester, so in April the advisers and some of the outgoing editors selected me as the next executive editor (our fancy name for the editor-in-chief). I wasn't actually present in class when they played Taylor Swift to announce my selection - I was at a robotics tournament in Houston. Oops.

I spent the summer interning in New York, slowly plotting planning how exactly to run the Spartan Daily. There were some things we had done great while I was a writer, but some things I wanted to redo entirely.

Thankfully, I wasn't embarking on this journey alone. Victoria, my managing editor, was technically #2 in the leadership heirarchy, but it ended up becoming a partnership. Early on I disregarded her advice a few times - and generally came to regret it. I'd like to think I very much learned my lesson.

We were backed up by a great team of editors. I've previously written how we put the team together, but the main thing I want to emphasize is that the editors were picked to create a cohesive team, rather than picking the most skilled person for each role. Add in our staff writers and it really felt like we were a family. Most everyone understood that we won or lost as a team AND THAT'S EXACTLY WHAT HAPPENED. 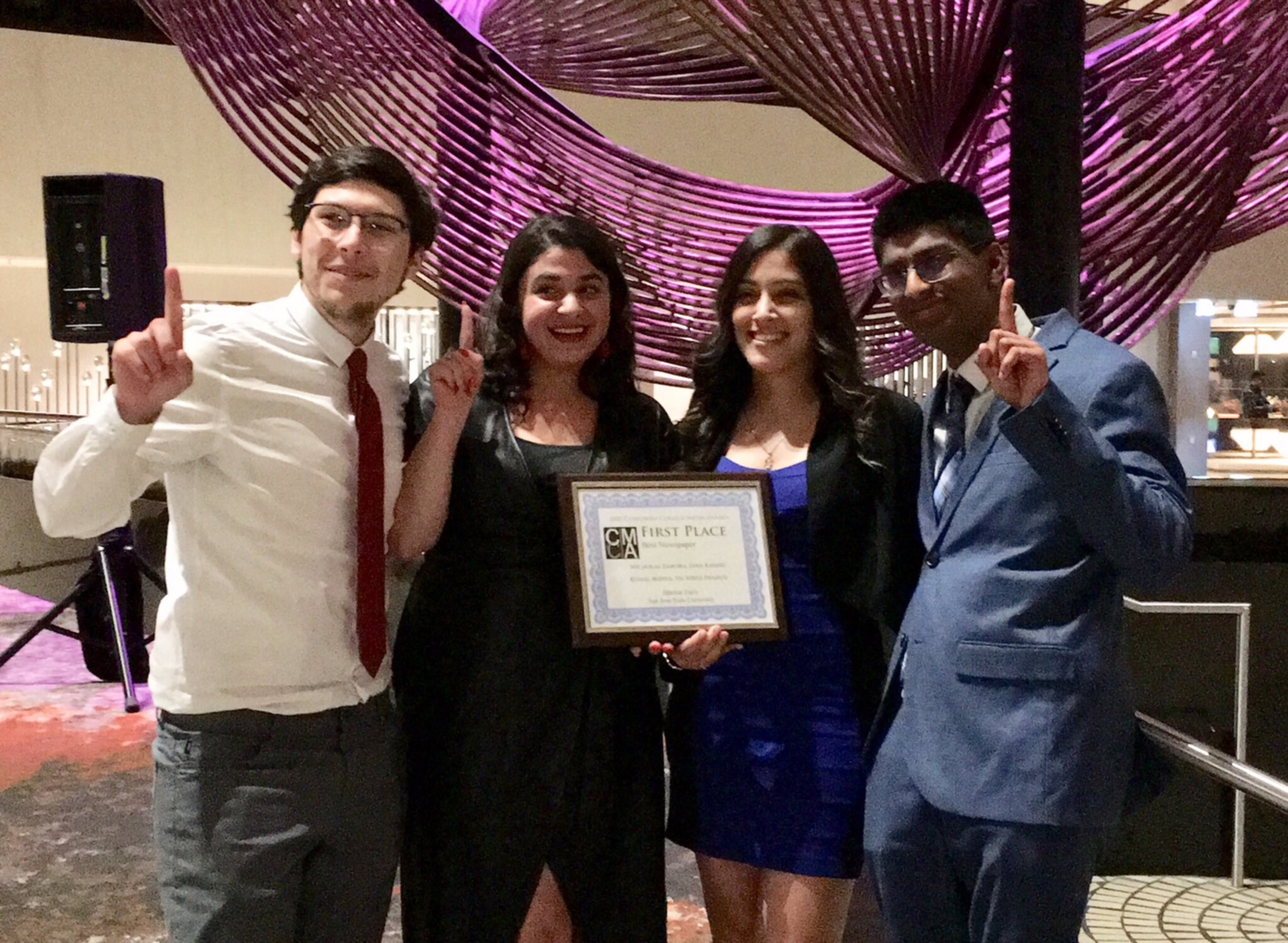 This is probably one of the most team-based awards that I've had my individual name on. It's impossible for me to overstate how much every single person on the Daily staff contributed to this award. It felt incredibly fullfiling and validating with a bit of vindication mixed in to know that all of the work we put in paid off in being named the best student newspaper in the state.

On top of that, the Daily picked up a host of individual awards, wrapping up basically our best awards season ever. Here's the full list:

The list has never been this long before. And while the CCMA and CNPA awards are only statewide, for ACP, Pinnacle and Hearst we competed against colleges all across the country.

I would be remiss if I didn't thank our two advisers, Richard Craig and Mike Corpos, for supporting us throughout this entire experience. I knew that both of them would always have our backs, no matter what. Even that one time I walked into the newsroom and told them, "I'm going to be served sometime this week." The same applies to my adviser from La Voz, Cecilia Deck, who really helped me get started in the first place.