It's been a relatively productive year for the packaging of Kiwix, an offline Wikipedia reader, in Debian. My minimum expectations for the Buster release scheduled in mid-2019 are that all necessary C/C++ libraries to build the latest versions of Kiwix are in Debian.

There are three main user facing packages that are in the pipeline right now:

I also created a "Kiwix team" in the Debian Package Tracker, so you can subscribe to different notifications for all of the Kiwix-related packages (though it might be spammy if you're not very interested in Debian internals).

And, thank you to the Kiwix developers for always being receptive to my bug reports and patches - and providing extra chocolate and stickers :-) 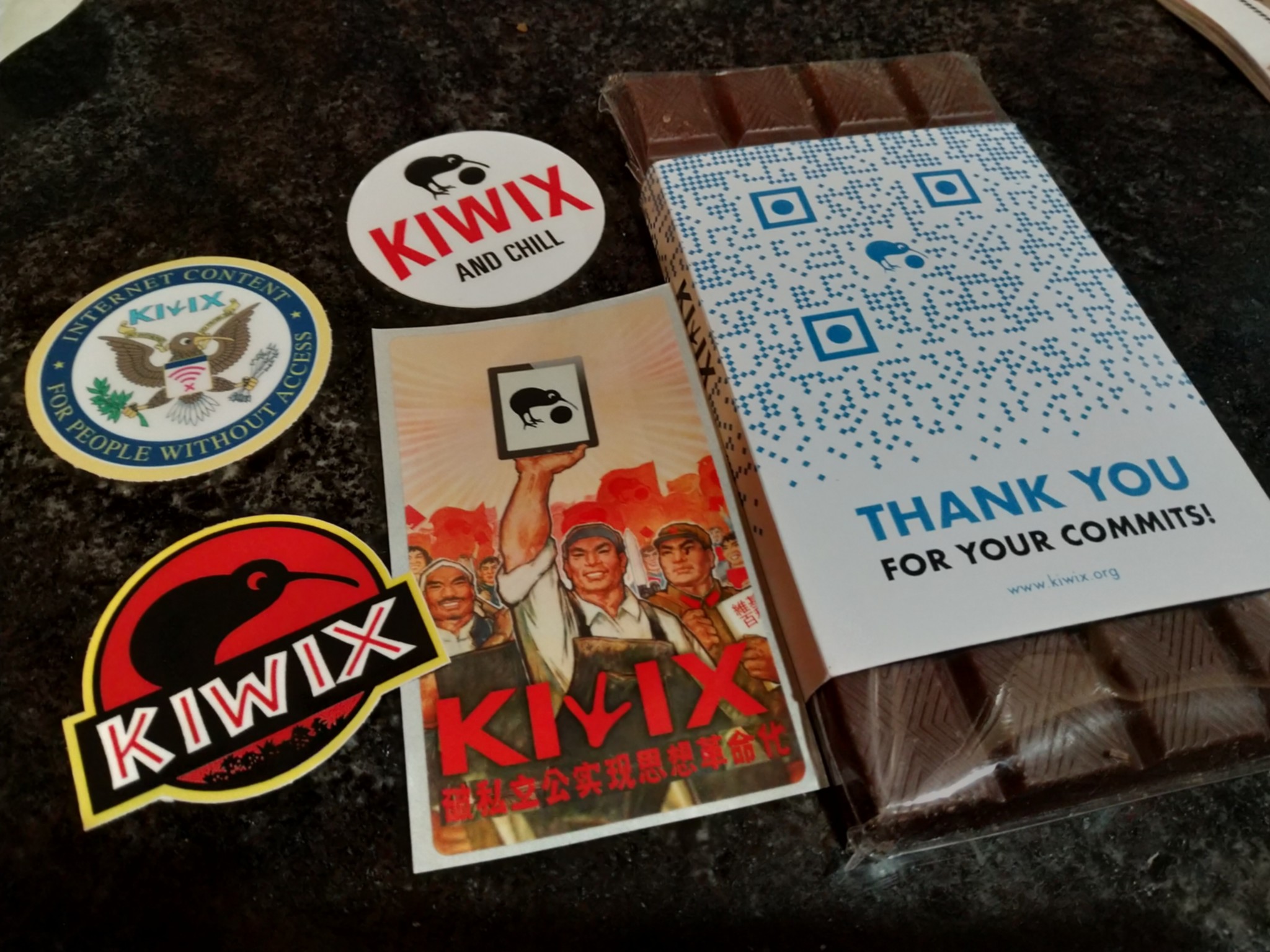