Unless you're already familiar with Lesvos/Moria, I would recommend you read the Human Rights Watch report, and this New York Times story. Lesvos is the name of the island, and Moria is one of the main refugee camps on the island. Moria is a former prison that was turned into a camp, but it is extremely stuffed with more people than it is supposed to have the capacity for.

We got off the ferry in the morning, and took a quick drive to our hotel. It's a family run resort that is BEAUTIFUL. 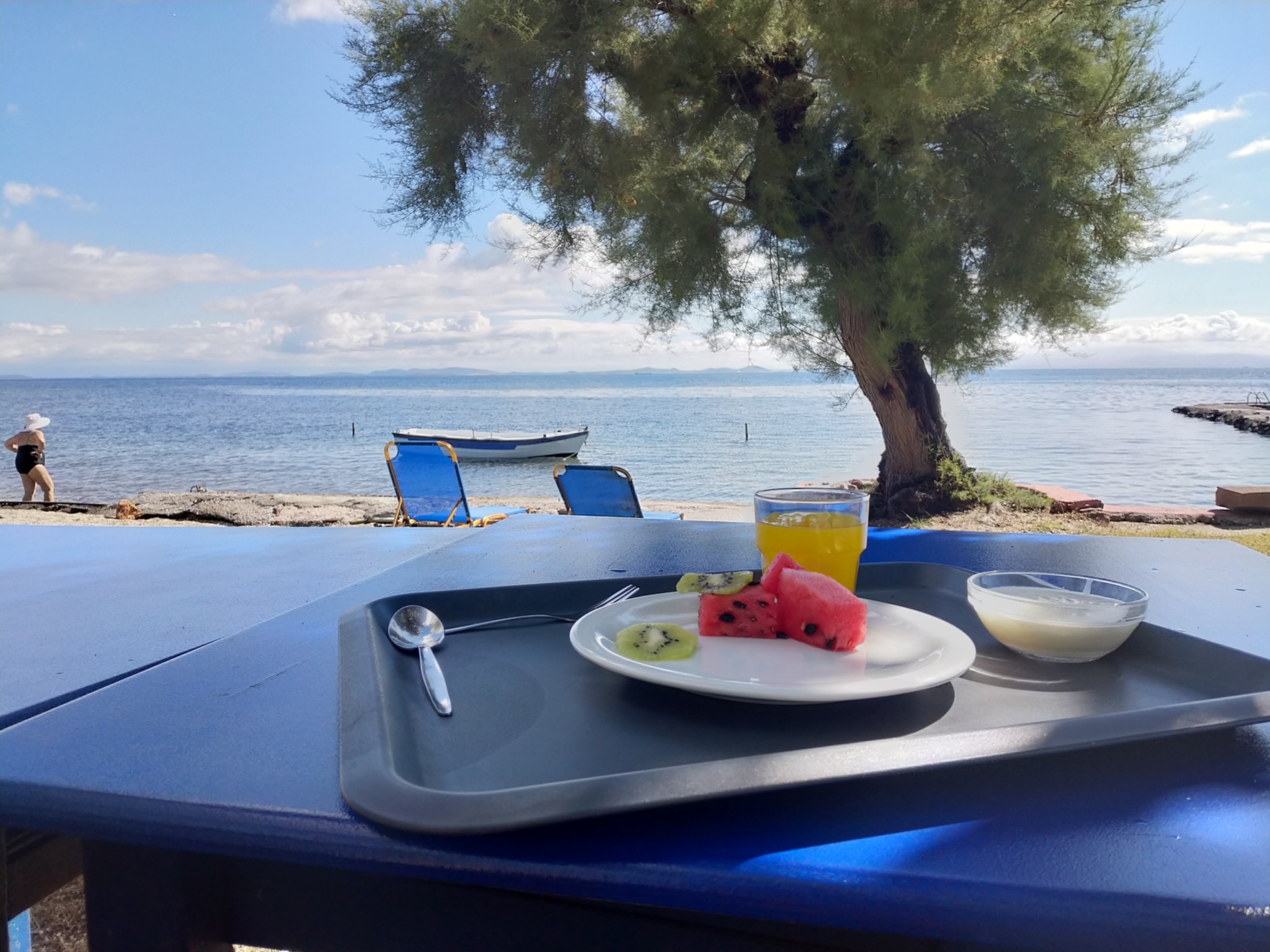 It's a gorgeous resort. The staff is hella nice too. Nothing more really that we could ask for.

So then we went to a place called Mosaic in the afternoon, where refugees take different classes to help them with integration into society. They have English and Greek classes, music classes, IT classes, and so on. The services are offered to both adults and kids. I think I might write more about what they do at another time, but it looked fantastic. Honestly based on the previous research I had done about Lesvos, it really felt too good to be true.

But I get the feeling that something isn't right here. We walked down and explored a bit of the city, and found one of Lesvos's dark secrets. 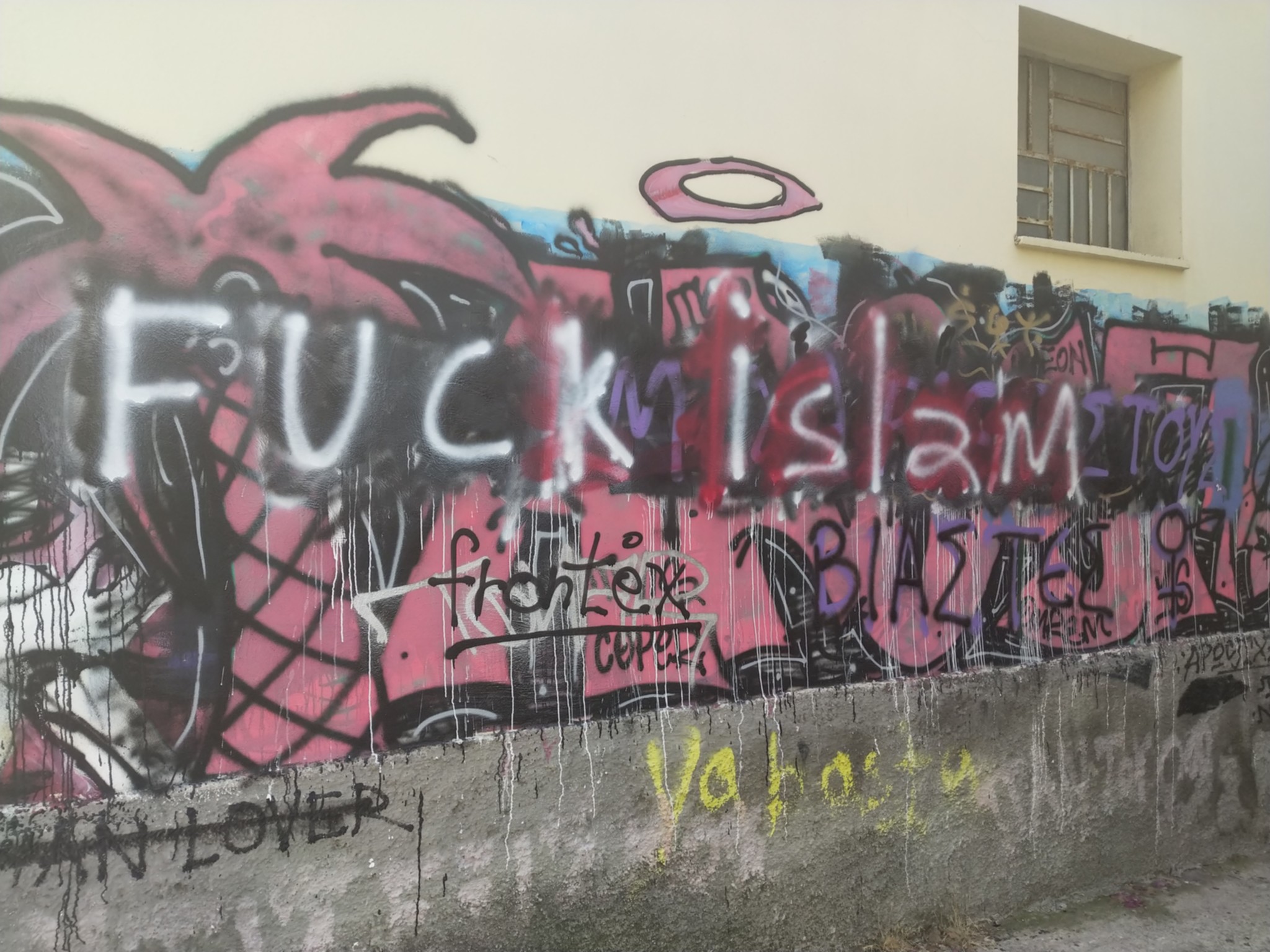 That's less than 10 kilometers away from our hotel. It was a big deal a while back that the far-right party, Golden Dawn, was driven off of Lesvos. I do wonder what the long term effects of that will be, and whether it actually reduced racism on the island.

I also have a lot of questions about Moria. The people I talked to at Mosaic said that nearly everyone who comes has a mobile phone (nearly always a smartphone). So when we hear stories about the atrocities that happen in Moria, why is no footage or pictures making it out? They all seemingly have internet access?

The more important question I'm struggling with is: how could the EU let this happen? The current situation (as described by media reports) is a hellhole. Why hasn't the EU figured out a way to quickly move people off the island to another location in Greece? I think I could easily come up with a few decent plans to ensure that everyone at least has humane living conditions.

Hopefully I'll get the answers to some of my questions this week.